I am not a lungfish

So, for the last year I've been doing a comic in my university's newspaper. I wanted to show some of those online, but it turns out that the newspaper's website is unimaginably slow and terrible. Therefore, I shall be posting those comic here. 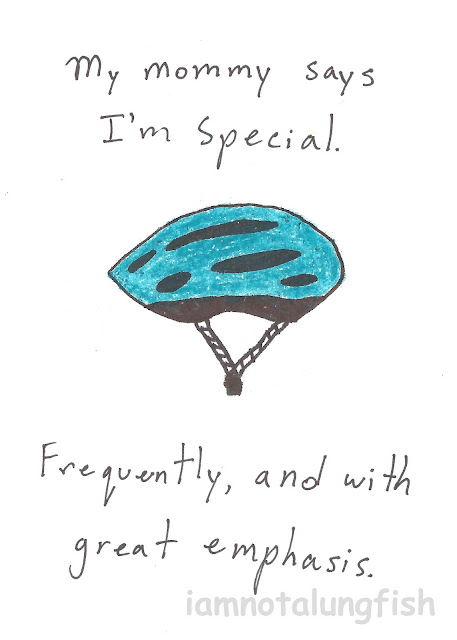 Posted by Iamnotalungfish at 4:16 PM No comments:

Labels: comics, i am not a lungfish

I said goodbye to Kitten just before 5:00 this morning. We said a tearless goodbye, knowing not only that we will meet again one day, but that the other is never more than an IM away.


A strange emotion welling in my breast, I took my place in the long line for the security checkpoint – just in time for at least a hundred harried passengers to turn around and stampede out like spooked cattle.


Due to a security equipment to malfunction, the flow of the security checkpoint for terminals D and F was diverted into the checkpoint for B and C. This caused something of a jam as twice the normal amount of people were forced through the same security bottleneck. Every man, woman, and child in line was sweaty, tired, and understandably irritable.


All except myself, actually. I was feeling rather cheerful about the whole thing, grinning like a fool and feeling no pain, due in part to the extra-special dose of anti-anxiety medication coursing through my veins. I'm more than aware of how I usually react to being forced into tight enclosed spaces with several angry, sweaty individuals, and I was more than happy to spend my time smiling gormlessly at the people on either side of me, no matter how situationally inappropriate. I spent my time getting to know the ladies in front, who mostly ignored me outside of the suggestion that one of them should pretend to be twelve so they could get in the priority line, and the fellow behind, a young man bound for California who had been near the front of the other line when the malfunction occurred and might be accurately described as “righteously cheesed” in relation to that fact.


It took over an hour to get through security, but at least I had a smile on my face.
Posted by Iamnotalungfish at 12:58 PM No comments:

Lyzzy Redd: The Booker Award now goes to... Lyzzy Redd!: A certain Skye Fairwin  nominated me for this blogging award. Once again, thank you! :) You have to have your blog at least half writing...

If you followed the link up there, you need no introduction into our topic; if you did not, however, then here's a bit of an explanation.
The lovely Lyzzy Redd has nominated me for the Booker Award, which goes to book blogs. Sadly, though, I do not believe I qualify to receive the awards, as while I am highly interested in books, writing and reading, my blog does not at this time qualify, having less than 50% of it's content on the topic.
I am nevertheless highly flattered that she thought of me and very glad that she herself was given consideration.
Part of the award requires one to list one's top 5 favourite reads, and while I shall not be receiving the awards, I thought I might just do that anyway to be a good sport.

1. The works of Sir A. C. Doyle on the Adventures of Mr. Holmes and his faithful companion Dr. Watson
2. "The Importance of Being Earnest" by O. Wilde
3. Mansfield Park by J. Austen
4. Animorphs by K. A. Applegate
5. The Stranger by A. Camus
Posted by Iamnotalungfish at 11:07 PM No comments:

The Kitten and the Conference


It was early June when I travelled to New Jersey to visit my boon companion, a young lady whom I call Kitten. The eponymous reason for going was the Philadelphia Writer's Conference, but, fascinating experience though that was, a conference alone is not reason enough to fly the rough distance of 1000 kilometres that separates northern Alberta, Canada from the American east coast.


Meeting Kitten face to face was a deciding factor, the conference was an added treat.


The writing conference itself made up the bulk of my first three days in the United States. This was the first conference I had ever attended, and I found the event highly interesting and invigorating. I particularly enjoyed the class on writing for New Media.


The high emphasis on the business, marketing end of writing was occasionally overwhelming and discouraging, if only because it seemed, at times, to be at the loss of the artistic side of things, that speakers and participants only gave the art brief lip-service before turning back to business. This was not the case in all classes, of course, and looking objectively, the speakers most certainly talked about the art of writing. It is simply that the emphasis was placed more towards marketing than would be to my liking and the advice on the art of things was somewhat underdeveloped and aimed at a more novice level. It is highly likely that, this being my first convention, my initial expectations were flawed.


Undoubtedly one of the best aspects of the convention was being surrounded on all sides by like-minded individuals and talking with people who might actually be genuinely interested in that steam-punk epic I'm writing that stars a bird-obsessed autistic and a double amputee. Just being around people who have similar interests and ideas and who have even a glimmer of insight into my life as it is. It's almost like being part of a community. Warm fuzzies for everyone.


All in all, I would call the conference an enriching experience, one that was all the better for having dear Kitty Bergeron at my side and for meeting personalities like Lucas Mangum, horror writer extraordinaire, Patti O'Brien, who I regret not being able to talk to more, and Marie Gilbert, who is everybody's best friend and grandma, no exceptions, and an unbelievably cool lady.


I also ended up attending a session led by Jonathan Maberry, who writes zombie thrillers. Notable because at one point he described a scene from one of his novels which I had already heard near word-for-word only a few weeks earlier during a chat with my sister (read: during an hour while my sister talked and I nodded and made appropriate noises) about a book she was reading about the aftermath of a zombie apocalypse. I rather wanted to discuss a few of the plot points with him, particularly the idea of bounty hunters who are paid to put zombified people to rest by the families of the deceased, but I wasn't sure whether to approach him or not. I erred on the side of caution, if only because I wasn't sure how to explain that I knew the plots of his novels, not because I read them, but because my little sister likes to tell me the best bits and some things need a lot of context in order to be funny.


I also met Merry Jones, who is very sweet, and a few other people whose books I put away for a living.


All in all, a good way to spend a weekend.

Posted by Iamnotalungfish at 10:33 PM No comments:

D is for Dead 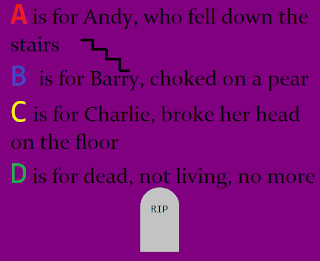 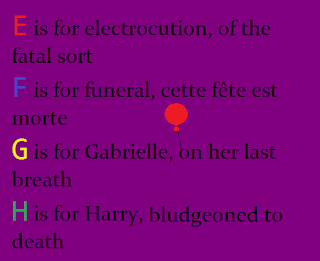 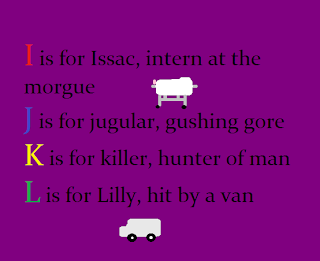 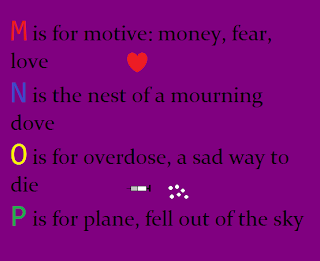 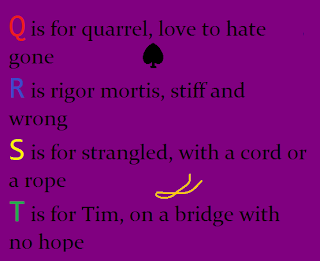 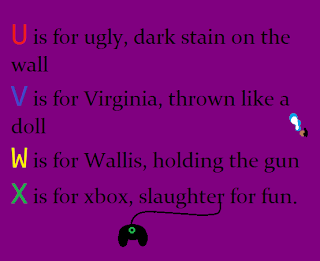 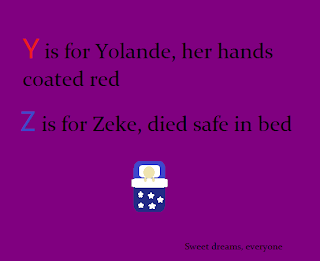 Posted by Iamnotalungfish at 8:30 PM No comments:

Posted by Iamnotalungfish at 12:45 AM No comments: